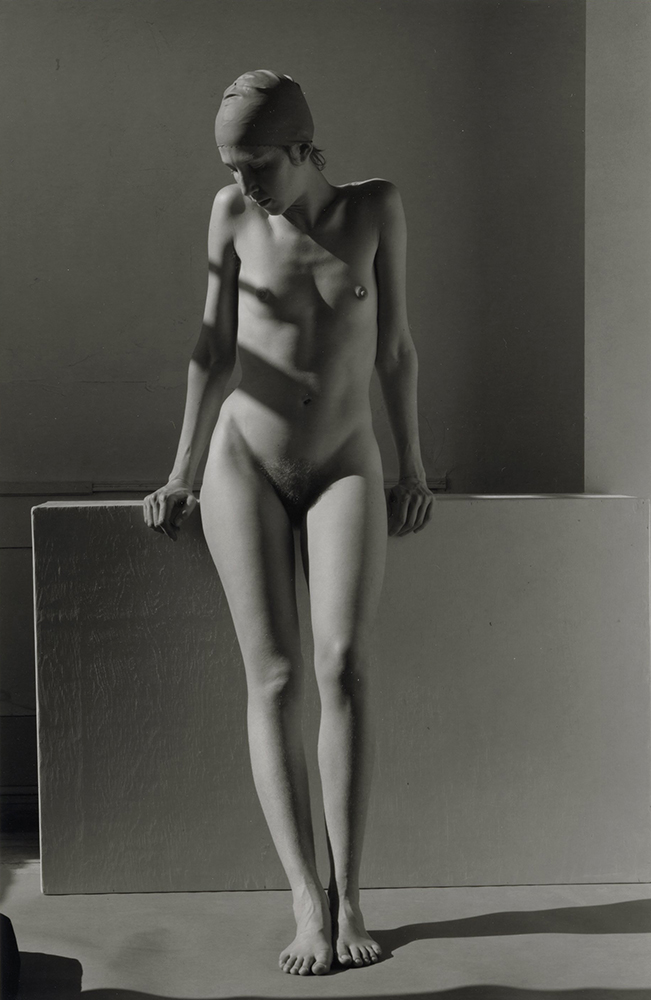 Marsha Burns began as a painter, studying at the University of Washington (1963-65), where she met her husband, artist Michael Burns, and then at the University of Massachusetts (1967-69) after the couple moved to Amherst. Burns began to work with photography in 1972 while living in Texas, and initially used the medium to experiment with sequential imagery. After relocating to Seattle, however, she began to focus on creating enigmatic figure studies and nudes in her studio, which explore the relationship between form and emotion. Burns had her models, mostly friends and acquaintances with an androgynous quality, pose in the mostly empty setting in various states of undress, accompanied by different objects. She states, “Each subject was approached as one formal element among a complement of others—glass, mirrors, changing light.”