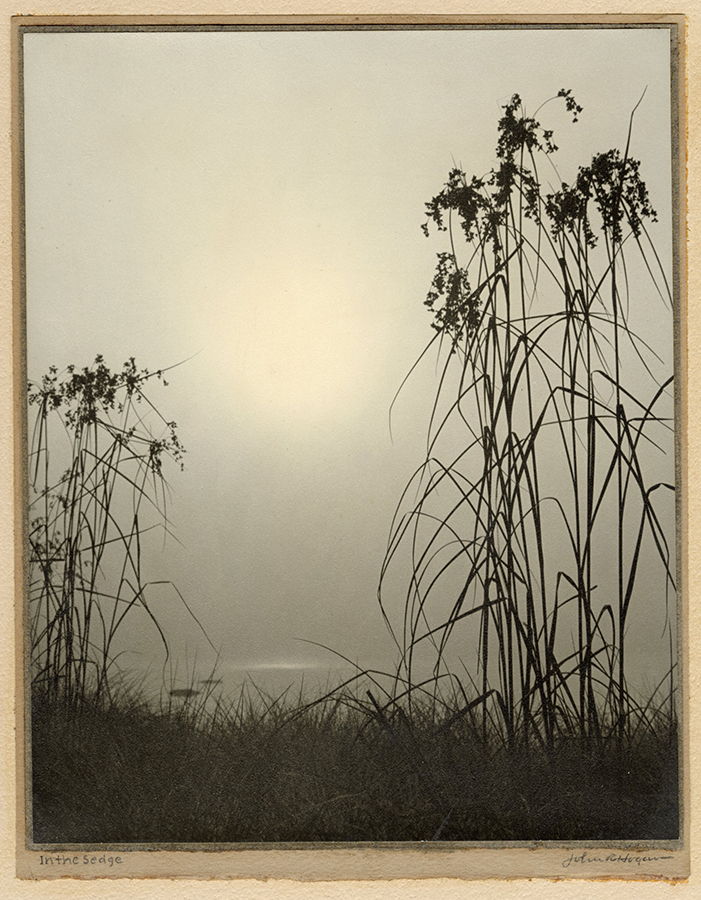 Hogan exhibited in pictorial salons and was connected to the Photographic Society of America from the late 1930s into the 1950s. He spent most of his adult life in Philadelphia, where he worked as a yacht broker and became widely known for his marine photographs. By the late 1930s, his photographs were appearing in photographic magazines such as American Photography, Camera Craft, and Popular Photography. The American Annual of Photography included his images every year from 1945 to 1948, and in 1951 ran a feature article by him on—no surprise—marine photography. Amply illustrated with his own images, it concluded with the inspirational idea that one’s best picture is “always in the future.”  Hogan submitted his work voraciously and in the 1944-45 season was the world’s leading salon exhibitor, with nearly fifty venues accepting 173 photographs. He was also honored with solo shows—in 1942 at the Smithsonian Institution and six years later at the Brooklyn Museum.  He was particularly active in the Photographic Society of America (PSA). He joined the organization in 1940 and by the end of the decade was its pictorial division chairman. In 1946, he acquired a society fellowship (FPSA) and shortly thereafter was the first recipient of its Stuyvesant Peabody Award. In 1952, after writing a few articles for the PSA Journal, he began editing a regular column for it titled “Picture of the Month.” After his death, the PSA designated an annual award in his name for the best marine photograph. John R. Hogan died in early 1965, in Brielle, New Jersey